3,4-Methylenedioxymethamphetamine (also known as ecstasy, E, XTC, emma, molly, mandy, and MDMA) is a classical entactogen substance of the amphetamine class. MDMA is considered to be the parent compound of the entactogens, a diverse group that includes MDA, methylone, mephedrone, and 6-APB. It produces its psychoactive effects by promoting the release of neurotransmitters serotonin, dopamine, and norepinephrine in the brain.

MDMA was first developed in 1912 by the pharmaceutical company Merck.[1] However, there is no documentation of human use prior to the 1970s, when it became known in underground psychotherapy circles in the United States.[2] In the early 1980s, MDMA spread into nightlife and rave culture, eventually leading to its federal scheduling in 1985.[3] By 2014, MDMA was estimated to be one of the most popular recreational drugs in the world, alongside cocaine and cannabis.[4] Recreational MDMA use is popularly associated with dance parties, electronic dance music, and the club and rave scene.[5] Researchers are currently investigating whether MDMA may assist in treatment-resistant post-traumatic stress disorder (PTSD), social anxiety in autistic adults,[6] and anxiety in those with life-threatening illness.[7][8][9]

Subjective effects include stimulation, anxiety suppression, disinhibition, enhanced empathy and sociability, relaxation, and euphoria. MDMA is classified as an entactogen due to how it facilitates feelings of closeness with one’s self and others. Tolerance to MDMA builds unusually quickly and many users report that it dramatically loses its effectiveness if used on a frequent basis. It is commonly recommended to wait one to three months between each use to give the brain adequate time to restore serotonin levels and avoid toxicity. Additionally, using excessively high doses and multiple redosing is highly discouraged as these are thought to significantly increase toxicity.

Trip down memory lane for some. All as GQGeorge can say is I knew nothing about them until i heard one of their songs “late at night”. Loved it. They’re a Dutch pop duo of the seventies but could be off by around a decade on that.

Heres a photo of them (sisters). Astrid and Mary Lane. I think i botched the names but anyway

I find the blondie on the left cutely hot even by today’s standards!

Leave your answers and insights below dudes. You’re welcome. 😏

Welcome to the Fastest and surely the SEXIEST . SOUND AROUND AND PROBABLY THE ANDROMEDA GALAXY…. 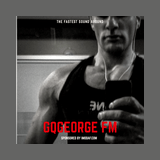